The EEA The European Environment - State and Outlook 2015 report – SOER 2015 was presented during launch events in Brussels on 3-6 March 2015. The launch conference as well as workshop in the European Parliament was attended by the delegation from the Chief Inspectorate for Environmental Protection. 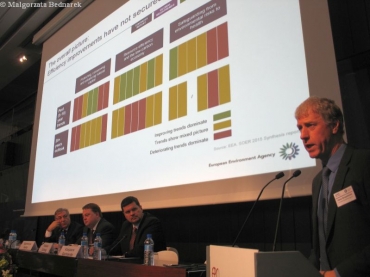 The launch conference, presenting the SOER 2015 outcomes was held on the 4th of March 2015, following the launch in the EC. The presentations were given inter alia by Hans Bruyninckx, Karmenu Vella, Kaspars Gerhards (Minister of Environmental Protection and Regional Development in Latvia) as well as the representatives of EP, BussinessEurope, Health and Environment Alliance, Suez Environment. The panel discussions focused on future prospects and actions to be implemented in the environment policy and production and consumption systems. A video from the conference is available here. 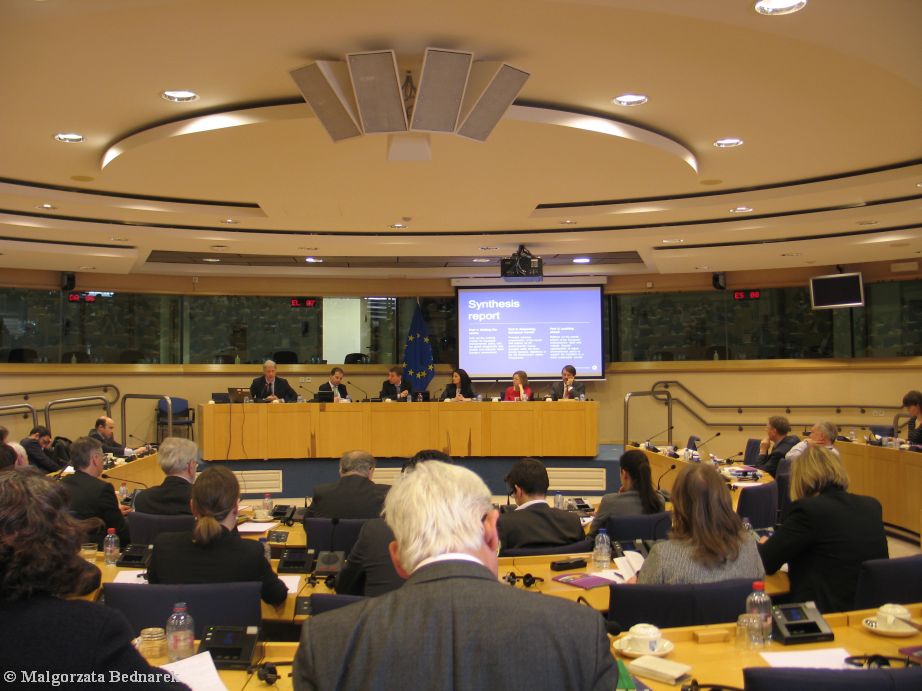 Poland was represented, according to the role of the EIONET in th

During the launch conference and the EP workshop, the achievements of EU environmental policy which resulted inter alia in the reduce of pollution and in the improvement of air and water quality as well as challenges and threats connected with ecosystem degradation, biodiversity loss, negative impact of pollution on health, production and consumption pressures were emphasized. The need for adopting new approaches that respond to systemic nature of environmental problems as well as for implementing fundamental changes in the current systems to achieve circular economy was strongly highlighted. It was noted that providing our children with good quality of life in several dozen years required appropriate actions today. They should take into account long-term perspective and complex relations between elements of environment and actions.

On the 6th of March the SOER 2015 report was presented to the to the Environment Ministers during Environment Council.